"Come Back To Me" Review by Damien

Hello faithful subjects. If you are reading this you are not dead and are still temporarily useful to your dark master. Don’t forget to like me onFacebook, or, alternatively, don’t forget to scratch my name into your forehead in order to earn yourself a better place in hell. This week I dove deep into the abyss of streaming horror on Netflix and Amazon and came out with an apple shaped baby's head called “Come Back To Me”. And in case that sentence contained too much information, I would like to emphasize that I am bobbing for baby’s heads, not apples. Because I’m the frigg’n devil’s son. Very evil, very dark. If this offends you, you’re racist.

Come Back To Me is a 2014 movie adapted and directed by Paul Leyden, who we’ve never heard of either, but as you can see, he is very pretty. For now.

The movie opens with a profoundly disturbing scene that is essentially the antithesis of every Disney film; it opens with a mother being saved from certain death. After that, the movie takes the look and tone of your basic cinemax softcore movie. Keep your pants on though, there is none of that nonsense (although one of the movie's production companies  IS a porno studio). The director is a veteran of soap opera acting, and shoots many scenes in the same style. It is not too off-putting and works with the subject matter. The sinister content of the film creates a great contrast to the filmography.
The film centers on a woman who becomes pregnant despite her boyfriend being sterile. You are left to wonder if he is “gaslighting” her, if she carrying a demon seed, or if this is a retelling of the accursed Christmas Tale.  Slowly but surely she begins to experience lost time, disruptive sleep, and night terrors. The twist…the movie is an infomercial for a CPAP machine.
Kidding…there is a neighbor, a neighbor who gives a dark, stalker vibe. I instantly related to him. As her disturbances increase, so does his presence. The story and disruptions weave, brilliantly, to a conclusion that took me by surprise and left me feeling elated that something had happened that was darker than what I had anticipated. The ending was not a cheap twist, but a brilliant and logical culmination of the story.  This movie stuck with me, and when you’re an eternal embodiment of evil, that’s saying something.

This is one of the better streaming surprises (a sentence seldom said by scatologists) and I am compelled (not by the power of Christ) to give it four out of five stars. 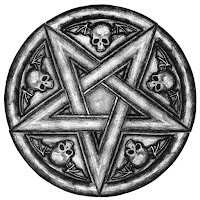