Hello again! If you’re reading this I guess you didn’t eat any of that food I sent over. Well played mortal, well played. This week I once again bring forth a review of that which I have braved, a movie found in the streaming netherworld. And it is the aptly titled and poorly marketed “Creep”. If you were looking for insight into the TLC song "Creep" please stick around. You deserve disappointment.

Creep is the first feature length film from indie film maker Patrick Brice and it is a “found footage” film. If my previous sentence seems familiar that is because it is often used, successfully, as an affirmative defense in murder trials. But…while we support the murder of anyone who uses the word “indie” Mr. Brice is doing some things right. Actually, this film is remarkable and leaves a lasting impression.

For a “found footage” movie this is somewhat plausible, since it revolves around one character hiring another character to film him for a day. So it’s a believable premise. It is also an incredibly dull one.  Where the movie draws it strength is from its undercurrent of dark humor and off-putting situations. Or perhaps it draws its strength from our yellow sun. Hard to tell.

"Creep" features a character that I  know all too well. The off-putting male with a desperate need for attention who seems to be a completely full of shit but has a little bit of money and is in love with himself. But I know a lot of lawyers (cause I'm the devil) so maybe I'm over exposed to these types. This character is played rather brilliantly by comedic actor Mark Duplass, which is the name the operator will think she hears when Michael Douglass call 911 after having a stroke.

Duplass is not the person you would imagine taking on this role, especially since the film uses this image to advertise the movie:

This is too bad, because Duplass has a legion of fans who know him from my favorite show  the sophomoric "The League". Most people are used to seeing him do things like this:

So, if I had seen his face on the poster (or icon on netflix) I would have been more likely to click on it and watch it. Which is what ended up happening, so maybe I have no point.   The casting went against the sort of role I see him playing and the fact that he was the lead made me want to watch this movie over the other unknown films I had/have in my "to watch" list.

Duplass hires Brice (the director and writer of the movie) to film him for a day for the princely sum of $1000.00. The story is that Duplass has a terminal disease and wants to film his thoughts so his unborn son can see them. That sounds nice...but he also has a wolf mask that he calls "Peach Fuzz" tucked away in a closet , which most people would consider a red flag. Or they would assume you cosplay Magic The Gathering. Still a flag of some kind.

Their interactions are uncomfortable, there is almost immediately full frontal nudity(almost- turns out to just be male pubes), and after watching Duplass act out "tubby time" with Brice filming I was eager to see someone die just to break the tension. But the film contains almost no violence, real or implied.  The conversations between Duplass and Brice consist of uncomfortable manipulations that are paper thin to both the viewer and the protagonist, played by Brice. In fact, at an early point in the film, Brice does something incredibly outside the scope of horror movies and acts in his own self preservation in a logical and coherent way. In fact, his actions are so outside the grain and ahead of the average character curve I immediately suspected that our "hero" was the creep.

The Creep is and always has been Duplass. His presence in this film, with sharp eyes and dull smiles, is haunting. While the film does start out as increasingly claustrophobic, as the two characters find themselves "forced" to spend the night in a rustic cabin due to to Brice mysteriously losing his keys, it eventually begins to breathe into a bigger world. A world in which the actions and convictions of Brice give in to an ambiguity of mindless trust. Don't get me wrong- I've made a good living harvesting the souls of people whose trust and belief left them susceptible to my charms.  In fact, I feel that I learned a little bit just from watching this movie. Duplass is an unapologetic creep who makes little attempt to hide his nature. He instead bets on the misguided good nature of others. The most chilling moments in this film are the last few. And I would be remiss to spoil them for you. I did mention the pubes though- so you can't say I didn't warn you about that. Or better said, those.

I enjoyed this film, more than I thought I could. It has excellent writing and dialogue, the tension escalates throughout the film, and it is well acted by Duplass who is a convincing sociopath. Four Stars....until next time....taint something pure for me. 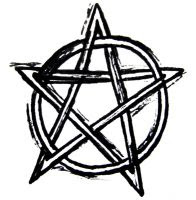